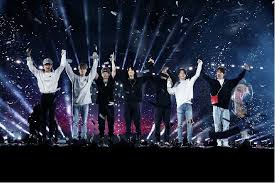 Delhi used to be a shining hub of Music, Culture and Art Festivals till a few decades ago.  Un-regulated growth, pollution and negativity is today gnawing up the very roots. Owing to altered security scenario and priorities, Delhi has transformed from being a cultural paradise in the past to a painful reminder of what decay would mean to a creative mind.

The name Delhi evokes different responses in the minds of people from all over the globe.  For some it is today one of the most populous and polluted capitals in the world.  Yet, Delhi used to be a clean and green city that was the hub of music, culture and art celebrations till a few decades ago.  Its carefully manicured heart, sprawled with green vistas and fruit bearing trees, found mention amongst the best cities in the world.

Hailing from an agrarian backdrop in Palakkad, Kerala, destiny brought me to Delhi in my early years. Transgressing the borders of time and stuck deep in a quagmire of professional compulsions, I am today fondly reminded of a time when they city was relaxed, event filled and harmonious in existence.

Deep Purple, Sting, Bruce Spingsteen, Bryan Adams, Peter Gaberiel, Tracy Chapman, Boney M, Bangles could be sounding as some big and respected names in Rock music but all of them have performed in Delhi and I have been able to attend the concerts.  While Beatles and Abba were taking the world by storm, Delhi silently decked up after ASIAD of 1982 to host some of the most memorable Rock Concerts which were mostly held in Jawaharlal Nehru Stadium that could hold capacity crowds (75000), Talkatora Stadium or Indraprastha Indoor Stadium in Delhi. Delhi used to have its own editions of Rock Festivals, Jazz events and Pop performances spread over several days.

Africa Live was one such concert that I vividly remember attending.  The program started at about 5 in the evening and went on live for more than 12 hours showcasing some of the best in International Music.

Siri Fort Auditorium at Khel Gaon Marg has been another venue that hosted memorable events. Few of live events I could witness at this venue are: Bolshoi Ballet from Russia, French opera Carmen, Jagjit Singh Live and several other Ghazal, Thumri and sufi music performances. Siri Fort used to be a regular venue that hosted the International Film Festival of India (IFFI) with film shows spread across various film halls in Delhi. I invariably made it a point to attend these festivals year after year, till it IFFI was moved out to Goa.

Dance scene in Delhi was no different. Performances of dance maestros dotted the cultural calendar of the capital through the year.  Bharatanatyam, Kuchipudi, Kathak, Kathakali and most regional dance forms from across India found their footprints in the Capital. Yamini Krishnamurty, Uma Sharma and several other distinguished dancers performed in Delhi. Folk, rural and ethnic dance forms too visited the capital to showcase their performances before the crowds.

International Dance troupes too made their presence felt in Delhi through programs arranged by ICCR (Indian Council for Cultural Relations).  Russia, France, Germany, Japan and host of other nations showcased their arts and culture in the Capital.  I would invariably keep my diary filled by keeping track of the events and ensuring attendance.

New Delhi also had a rich cultural milieu. Year long celebrations of Art, Theatre, Films and Folk arts were primary to its vibrant existence.  Each year the cultural calendar of Delhi was marked with numeral national and international events.

However, changing security scenario and VIP culture has dampened cultural scene of Delhi.  Heavy handed interference of civil and police administration into arrangement and conduct of such events made organizers wary of choosing Delhi a venue for big events. Many International Rock groups have moved away from Delhi to Bengaluru and Mumbai owing to negative crowd response and organizing woes.  To top it, I notice that the general population of Delhi has tilted away from the dynamics of understanding the minute aspects of other cultures. They are either indifferent to the performances or fail to catch the true essence of such events.

Today crowds of Delhi have become too noisy and ill behaved, compared to earlier years and other venues. From being known as the Cultural Capital of India, Delhi is today having a dubious distinction of being called the Crime Capital of India.  Forts, Mausoleums and Minarets stand mute to the change that has taken place here. Wide tree sprawled roads are today constricted with traffic. Air quality remains extremely poor throughout the year and seasons are playing truant making it difficult to organize or attend such events.

A tourist’s paradise and a shining example of being the National Capital, Delhi is today greying inside out.  Rapid expansion of roads and buildings, Mindless growth of population, vehicular traffic has transformed this city into a big maze of confusion devoid of aesthetics and harmony.  To add to its woes Covid 19 has battered the city like never before.  I wonder, if we could ever have the days that have passed us by in the capital city of India. Delhi would be dug up even further through its heart with Central Vista being re-designed and constructed.  It is perhaps too late for Delhi to return and reignite the spark of the past.  History may be made and recast but as a sensitive admirer of culture, traditions and arts, my angst at witnessing a Delhi losing its soul is a painful experience.

I had wanted to stay on in Delhi forever to savor its multi-cultural diversity and ethos but greed, one one-upmanship and material compulsions has torn open the divide among its citizens.  Un-regulated growth, pollution, politics and negativity is today gnawing up the very roots of this once proud city. Beyond being a power broker’s den, Delhi may never regain its cultural sanity or clean air. If Delhi is to be saved, it is time that the capital is shifted out from here, along with bag and baggage of those citizens, who continue to live and die here each day without feeling any remorse to the slow and painful death this city is going through each day.

I feel lost in the Capital today, do you, too?