Chembai Memorial at Kottayi, Palakkad
Palakkad is a rare gem in the cultural milieu of fascinating geographical diversity that God’s Own Country presents to the world.  The district has to its name innumerable personalities who have excelled and have been recognised for their contributions to the world and humanity through their talent, hard work and dedication.  One such towering personality is doyen of Carnartic Music, Chembai Vaidyantha Bhagwathar For a lover of Carnatic Music, a visit to Kerala will be incomplete without a visit to Chembai Gramam, home of the legendary Carnatic Vocalist who has taken this musical form to great heights.

Music connects real with the transcended.

In it, we get healed, with it we conquer time…

Hidden amidst green paddy fields and a serene country side is a sleepy village of Kottayi which has taken Carnatic Music to great heights.  A visit to  this village is akin to visit to a temple of music that awakens the light of knowledge and melody of life in one’s heart. Home and abode of doyen of Carnatic Music, Chembai Vaidyanatha Bhagavathar.

(Why is there so much delay in conferring your mercy, Krishna?}, was the last Kriti sung by Vaidyanathan Bhagavathar, as he breathed his last on 16th October, 1974 at an age of 78 during a concert at Poozhikunnu Sreekrishna Temple, the same venue where he performed for the first time. 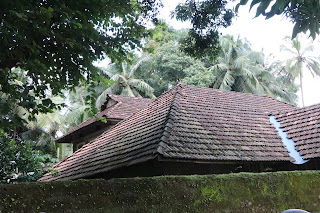 Born on 1st September, 1896 at Chembai Village to Parvati Ammal and Anantha Bhagavatar, Chembai Vaidyanatha Bhagavatar belonged to a Tamil Brahmin family of Perakkool Madaom which is located adjacent to Lokanarkavu near Vadakara.  The family thereafter relocated to Kottayi village in the district of Palakkad. Bhagavatar’s family connection to classical music spans across five centuries. His father Anantha Bhagavatar was a violinist and singer to whom Maharaja had awarded the title of ‘Gana Chakraratnam’ for his speciality of musical rendition through a special closed mouth style of signing called tanam.  Anathan’s son Vaidyanathan started his early lessons in Carnatic music at a tender age of 3 under the tutelage of his father in the traditional guru-shishya Parampara. He also took lessons in violin and flute till 1912.

As years passed by Vaidyanathan’s voice grew more powerful and majestic.  Some of his awe-inspiring performances in his early years gave shape to his career that started with his arangetram at Ottapalam in 1904 at an age of 09.. His voice timber was noted for its unique depth and vibrance.  He gave innumerable performances between 1907 and 1927 most notably ones  at Vaikom and Guruvayoor in 1907 and thereafter at different music sabhas and festivals which included ones at Madras Music Academy and Jagannatha Bhakta Sabha.

Powerful singing style of Chembai caught public attention and his fame spread far and wide.  Music critic S. V. Seshari@Aeolus described him as, ‘the musician who has meant the most to Carnatic Music in the first fifty years of 20th Century’.  Chembai Vaidyanatha Bhagawatar was a recipient of several titles and honours including the Madras Music Academy’s Sanageetha Kalanidhi in 1951 and Government of India’s Padma Shree in the year

One major incident in the year 1952 changed the course of Bhagwatar’s life.  One morning Chembai discovered that he had lost his voice and could not sing or chant his favourite diety Guruvayoorappan’s name.  His prayers seemed to have been answered by a stranger who appeared before him and provided treatment over a period of 18 days at the residence of Nilakantan Namboodiri in Poomallianmana. Chembai recovered his voice and returned to sing with renewed vigour and devotion for Lord Guruvayoorappan and also donated significant proportion of his earning for Guruvayoor temple.

Resonance and depth in Chembai’s voice was the hallmark of a great Carnatic vocalist who was unquestioned king during his times.  His vigorous, strong, vibrant and ringing voice  was  clear, open-throated which required high levels of physical and mental endurance.  Bhagwathar with his sheer practice and dedication sang in a seemingly effortless manner.  He also had a unique sense of kala pramana (time measure) while singing.  He could do niraval and swaraprastara from any given point  which aptly displayed his mental alertness during a concert. 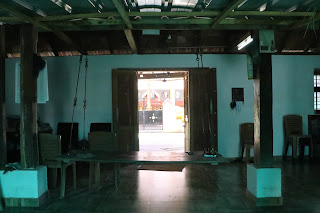 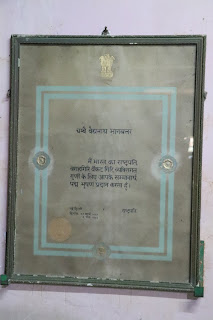 Chembai’s music career spanned several decades. Glory of his singing finds testimony is the statements of stalwarts of music who showered him with praises for his strengths and his unique rendition techniques.

Sangeetha Kalanidhi G. N. Balasubramaniam is said to have remarked "These are not ordinary men. These are the Asuras of the music field. If I sing one concert, I need to rest the whole of next day".

Legendary percussionist Pudukkottai Dakshinamurthy Pillai would call him "Laya Brahma" for his impeccable grasp of tala and laya.

During his career, Chembai also helped popularize songs written by his friend T. G. Krishna Iyer of Thripunithara.  Krishna Iyer had composed as many as 155 kritis in various languages including Telugu, Malayalam, Tamil anld Sanskrit and sought help of Chembai to popularise these songs set to Classical Carnatic style and published as Lalita Dasar Keetanangal. Chembai rendered these kritis which were later released as records. Some the gems include kritis like Evariki Telusunamma (Dhanyasi), Ennil Kaninda (Shankarabharanam), Pavana Guru (Hamsanandi), Varijadala Lochani (Arabhi) among others.  As a token of love for Chembai, T. G. Krishna Iyer offered his house in Chennai at Santhome on Palace Road, Chennai forms part of Chembai Vaidyanatha Bhagwatar’s heritage today. 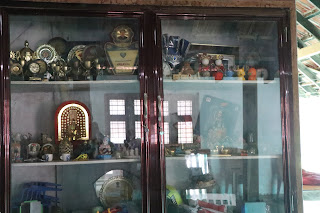 During a performance at  concert at Poozhikunnu Sreekrishna Temple where he gave his debut performance, Chembai breathed his last on 16th October, 1974.  He was talking to his disciple Olappamanna Vasudevan Namboothiripad when Chembai collapsed and left for heavenly abode.

Legacy of Chembai Vaidyanatha Bhagwatar remains alive in the village of Chembai known as Chembai gramam which today is a heritage village. Situated with the geographical limits of Kottayi in the district of Palakkad.  The place hosts the annual Chembai Parthasarathy Ekadasi Music festival in memory of the great singer in February/March. Renowned singers perform music concerts during the festival.  Year long events and programmes for promoting Classical Carnatic Music are held in this village. 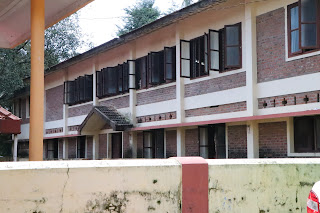 In memory of Chembai Vaidyanatha Bhagawathar, Government Musical College in Palakkad has been renamed as 'Chembai Memorial Govt' Musical College’.  Initiatives of well wishers,  family members and followers of Chembai, the village of Chembai is set to become a heritage memorial village of South India that would attract connoisseurs of arts and music.  A cultural complex that can host bigger music festivals is being initiated with the support of the state government. 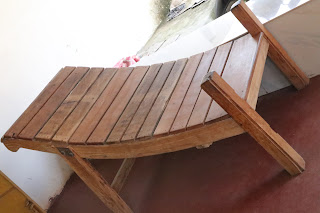 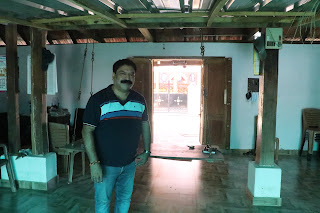