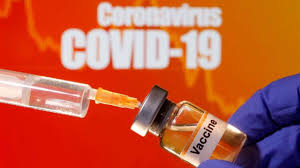 Covid 19 has shattered our beliefs and altered the way we view our life. WHO Director General Tedros Adhanom Ghebreyesus said, ‘A vaccine on its own will not end the pandemic, it will compliment the other tools we have, not replace them’.  Which means in the near future we are back to a state of uncertainty, in terms of complete immunity from the virus.

The year 2020 has already spelled doom to many individuals, businesses and economies.  It has been a year of depression for stock market and people who reposed their faith in science.  Never in the history of human evolution did such confusion arise out a strain of virus potent enough to spread so quickly and kill at will.  Medical fraternity has been on its edge trying to cope with the pandemic that has spread all over globe at such a quick pace. While front line health workers have been stretched beyond limits, hospitals have certainly been overwhelmed with cases that have spilled out beyond earmarked capacities.  Covid-19 as a pandemic has been a bane and boon for those in the medical field.  While on one hand Medical fraternity has been pressed to the edge trying to cope up with pressure on systems and people for spreading out treatment and resolution, on the other a hope hinged on developing an effective vaccine is already underway.  In fact a strategic approach for production and distributing the vaccine has already begun. While other business sectors have faced the brunt of lost businesses, medicine as business has already flourished due to the pandemic which can be termed as a boon.

We have already seen that different countries have coped up with the pandemic in its unique ways.  While countries such as United States and Spain that bore the initial brunt of the pandemic saw huge number of deaths in the first wave, Asian, African and many other countries have handled the pandemic in their own unique ways.  While the primary strategy has been to find, isolate and rehabilitate, more populous countries have found this route tedious, time consuming and resource exhausting. It is generally seen that majority of those infected have been able to come out of the infection without major complications with medications in hand.  In fact traditional and local medicines have been able to help the patients overcome the initial discomfort and illness associated with the disease, however efficacy of the vaccine being developed in different countries would be marker to the future of this pandemic.

There are those who believe this pandemic is man-made, there are others who link it to greed of human civilization and the curse of nature on its exploitation.  Still there are others who believe that this pandemic has been a ploy by certain powers to re-mark territories and to strategize global economic hotlines of future. On a closer introspection we can see that the pandemic has opened up a pandora’s box of questions for the future of each individual, nation and Earth as a sustainable eco system for survival of humans.

We also see that different countries have employed different standards of safety and strategies to deal with the pandemic.  While many such methods touch upon policing, public health safety, resource mobilization and spread, impetus has been to keep the wheels of economies moving despite red flags on the health front.  On a broad spectrum it is seen that while in many countries where parameters of health were of extremely high standards, pandemic overwhelmed their systems and they saw large number of deaths.  Poorer countries with less well developed health systems and larger populations saw huge infections but lesser number of fatalities.  This could be because the virus overwhelmed people who had high life standards but a lower immunity levels compared to individuals who were exposed to wider array of infections.   However the scare owing to the pandemic is yet to see its true peak.  While for richer nations, it has been diversion of resources and greater allocations to health sector to deal with the pandemic, for poorer nations it is doing their best by prioritizing budgets for allocations for providing food and medical support to the affected sections of population.

While researches are on to come out with an effective vaccine against this virus, studies are on to understand long term effects of the virus on human bodies.  Science which had developed so much over the years and had become invincible is today faced with the dilemma of having to face the threat caused by a set of invisible viruses that are playing up on human bodies as a disease and on human minds as a grim reminder of us being mortal humans!

Perhaps it is the first time in human history when places of worship were closed down, people were prohibited from meeting their own and dead bodies cremated without the loved ones attending the services.  Death literally came cheap and hospital treatment has eroded the finances of millions and a question mark has risen over future of human civilization in the in event of more such viruses surfacing in the air.

This Pandemic is proving that human beings have not forgotten to smile despite threat of death hovering over its heads.  The will of human minds to overcome adversities and join hands to forge alliances is visible yet at the same time divisions ingrained in political and geographic boundaries have more than once exposed the chinks that can derail the progress on humankind as a society.  Covid 19 may be in the air for a long time and take us along into 2021 but not before it alters psyches of individuals and societies towards each other, health and finances.