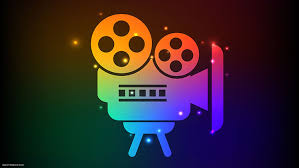 Films convey stories from most diverse geographical regions.  They become a fine tool that tide over geographical and language boundaries to portray events and voice out significant aspects of human endeavor and culture.   Film Festivals thus turn into a vital link that bridges distances and touch core aspects of human mind processes and emotions.   Each year a number of film festivals are held across the world.  However this year, Covid 19 pandemic has drastically altered the way Film screenings and festivals are going to be conducted around the world this year and years to come till fears arising out of spread of novel covid 19 and other mutant viruses are put to rest.

Hybrid literally means a mix and in terms of Film Festival being termed Hybrid, it would in reality mean a mix of real theatre screening with an admixture of digital virtual screenings of movies and discussions thereof.  Today technology has empowered us to virtually cross over physical boundaries and be connected to each other through digital platforms.  Film Festivals are no exceptions.  Those finding favor with digital platforms would root for seamlessly crossing over to digital formats even for organizing Film festivals that could bring in a larger audience and become more inclusive event than conventional festivals.

Perhaps the earliest festival to try out the Hybrid form was the Locarno Festival in Switzerland which adopted a semi-virtual format.  Held in the town on the shores of Lake Maggiore, the Italian speaking region of Southern Switzerland the 73rd Festival held between 5th and 15th  August 2020 was switched to a hybrid format with films and filmic content made available online.  It is estimated that about 5950 people saw films in Locarno Indoor cinemas and about 320000 visits were made on festivals digital platform where full length films, short films, panel discussions and talks were made available online.

45th Edition of the Toronto Film Festival is implementing a hybrid film festival in the month of September, 2020. The edition will combine physical and online screenings with upto 50 features and five short programmes. Digital screenings, interactive talks and Q&A sessions have been planned besides  a drive in format ensuring physical distancing.

Cinefest Sudbury in Ontario, Canada too is expected to be a Hybrid festival scheduled between 19th and 27th September, 2020.  Ontario movie theaters are allowing 50 people per screening.  The organizers are hoping that local film makers and producers would be appearing in person and the industry could take part in the event online.

64th Edition of BFI London scheduled through October 7th 18th, 2020 too has pivoted towards a Hybrid version with introduction of Audience Choice Awards this year owing to Covid 19. The festival is planning a 50 virtual festival premiers with upto 12 previews of upcoming films that will be screened across the UK.  In a marked change from earlier versions, audiences are expected to replace the festival’s official jury and will vote on audience awards in four categories that will include fiction feature, documentary featue, short film and XR (extended reality).  Awards will be announced in a live virtual ceremony on the final weekend of the festival .  The full programme of the festival will be launched on 8th September, 2020.  Sundance Film Festival,  Raindance Festival and a number of other Festivals are expected to be on the Hybrid mode this year. In view of Covid 19 pandemic, India too is expected to host a 'Hybrid' International Film Festival in the month of November this year.