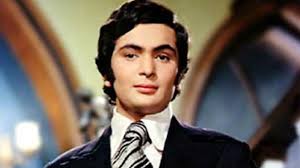 "There was a misconception that the film (Bobby) was made to launch me as an actor. The film was actually made to pay the debts of Mera Naam Joker. Dad wanted to make a teenage love story and he did not have money to cast Rajesh Khanna in the film” – Rishi Kapoor

The above statement speaks volumes about this great actor and an icon who won hearts through his handsome looks and charming smile.  Bobby for me was a film that initiated me into Hindi Films.  I went on to follow Rishi Kapoor through his films.  While his contemporaries like Rajesh Khanna, Amitabh Bacchan, Vinod Kumar were making it big in Hindi Film Industry, Rishi Kapoor silently spread his love across masses.

I followed this great star through his films Rafoo Chakkar, Amar Akbar Anthony, Khel Khel mein and Hum Kisi se kam naheen, Kabhi Kabhi, Doosra Aadmi, Karz and many other movies.  His presence in screen was magnetic and so was his way of dressing.  I was so inspired by his style and demeanour that many of his movies remain etched as tender memories in my mind.

Beyond the year 2000 Rishi Kapoor acted in many films that included Yeh Hei Jalwa, Hum Tum, Fanaa, Namastey London, Love Aaj Kal, Patiala House etc.  He also acted in British Films such as Don’t stop dreaming, Sambar Salsa etc.  In 2010 he was onscreen with his wife Neetu Singh in the Film Do Dooni Char. He also acted in Chintuji, Agneepath, Jab Tak hei jaan etc.  A mystery thriller written and directed by Jeethu Joseph, The Body released in December, 2019 was the last film of this Iconic actor. 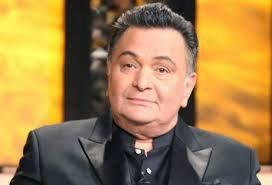 As reported in some section of social media, Rishi Kapoor was perhaps the only celebrity from Indian Film Industry to call out for opening of Liquor vends during the lockdown in support of tipplers who faced psychological problems and withdrawal symptoms.  This reflects his thought process during his last days on Earth.  Having empathy for others and a soft corner for masses and his fans would be reminders of this great personality.

May his noble soul rest in peace.


*A message from Rishi Kapoor’s family*

Our dear Rishi Kapoor passed away peacefully at 8:45am IST in hospital today after a two-year battle with leukemia. The doctors and medical staff at the hospital said he kept them entertained to the last.

He remained jovial and determined to live to the fullest right through two years of treatment across two continents. Family, friends, food and films remained his focus and everyone who met him during this time was amazed at how he did not let his illness get the better of him.

He was grateful for the love of his fans that poured in from the world over. In his passing, they would all understand that he would like to be remembered with a smile and not with tears.

In this hour of personal loss, we also recognise the world is going through a very difficult and troubled time. There are numerous restrictions around movement and gathering in public. We would like to request all his fans and well-wishers and friends of the family to please respect the laws that are in force.

He would not have it any other way.