Nonostante la nebbia (Despite the Fog Opening Film at IFFI 2019 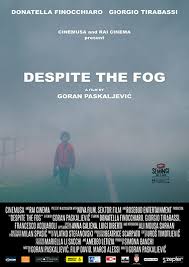 Nonostante la nebbia (Despite the Fog)

Golden Jubilee version of IFFI 2019 kicks off in Goa with the Italian Film Nonostante la nebbia (Despite the Fog), a film by Goran Paskalejevic that veers around the life of a refugee, Ali Musa Sarhan who loses his parents when their boat capsizes near the Italian Coast.  Ali is accepted by a couple who has lost their child.  The psychological travails and the solace in accommodating the arab in place of their son.  Donatella Finokjaro (Valeria) and Giorgio Tirabasi (Paolo) face the challenges and confrontations within and outside their family in such an acceptance.

In a real world when hundreds of refugees scourge the streets in hope of a better life in other and seemingly better parts of the world, children and often minors are left destitute waiting to be accepted or left to decay without parental care on the streets which accentuates the issue of refugees especially minors and depicts the xenophobic fog the world is sinking into with passage of time.

[Born in Belgrade, Goran Paskaljević is a Film director, screen writer and producer who belongs to a group of Yugoslav filmmakers who studied abroad and graduated from the Film and Television Academy of Performing Arts in Prague. He has made about 30 documentaries and 16 feature films.  His film Powder Keg has won the FIPRESCI prize at the Venice Film Festival and was also highly acclaimed at European Film Awards.  Goran Paskaljevic shares his time between Belgrade and Paris and holds Serbian and French Citizenship].

The film is good at story telling, however some eminent Indian film makers say that the film falls short at many places and could have touched higher levels in respect of cinematography and techniques. 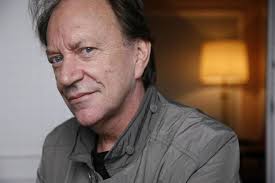