National Film Awards have been announced.  Of all the film producing states,  Mollywood (a sobriquet for the Malayalam Film Industry) has bagged a number of awards this year.  The awards include Best Film on Social Issues to Aalorukkam produced by Jolly Lonappan and directed by V. C. Abhilash, Best Direction award to Jayaraj for the film Bhayanakam, the film also gets the award for best Cinematography (Cameraman: Nikhil S Praveen), Thondimuthalum Driksakshiyum is the best Malayalam Film this year.   The film has bagged the best supporting actor award to Fahad Fazil and also the best Screenplay (original) award to Sajeev Pazhoor. Best Playback singer award this year goes to legendary K. J. Yesudas for the song Poy Maranja Kalam in the Film Viswapoovarnam Mansoor.  Award for best production has been announced for Santosh Raman’s  ‘Take off’ for which actress Parvathy Menon has been given a Special Mention award by the Jury headed by veteran film director Shekhar Kapoor. 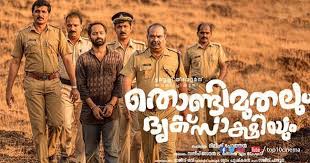 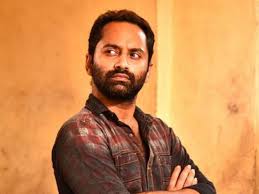 Actor director Fahad Fazil who is the son of legendary malayalam Film director Fazil started his film career as a teenager in his father’s film Kaiyethum Dorrathu. He later featured in Kerala Café an anthology to the earlier film after a gap of nine years as the first film failed at box office.  Fahad won public attention in the film Chappa Kurishu which was produced in the year 2011.  He won his first state award for his performance in the film.   Through his powerful screen presence Fahad received critical acclaim for his performances in 22 Female Kottayam and Diamond Necklace in the year 2012.  He won his first Filmfare award for his role in 22 Female Kottayam.
The actor continued his winning streak with number of commercially successful films which included Annayum Rasoolum, Amen, North 24 kaatham, Oru Indian Pranayakatha.   His film Banaglore Days was a runaway success and one of the biggest commercial successes in the Malayalam film industry in recent years.
Fahad produced and starred in the film Aloshy, Iyobinde Pustakam and later his roles in the film Maheshinde Prathikaaram in the year 2016 and Take off catapulted him to a higher pedestal in the film industry.  His role Thondimuthalum and Drikshakshiyum in the year 2017 has caught attention of the National award jury and he has been selected for the best supporting actor in the said film. 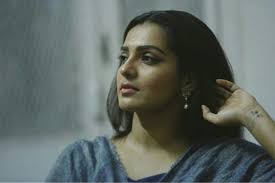 Parvathy Menon within a decade of her entry into Malayalam films has carved a niche for herself amongst the best new acting talents in the industry.  Parvathy made her debut in the film Out of syllabus.  Her performance in Notebook was noteworthy and she continued her acting career through the films poo (2008), City of God (2011), Maryan (2013), Bangalore days (2014), Uttama Villian (2015), Ennu Ninte Moideen (2015), Charlie (2015) and Take off (2017), a film that has made her win the IFFI best actor award (female) at the 48th International Film Festival.  She has now been selected for the Jury Special Mention for her role in the Film Take Off for the 65th National Film Awards for 2017.

List of some other films that have won the National Awards

Best re recordist of the final mixed track : Justin A Jose (Walking with the wind)

Special Mention: Parvathy for Take off