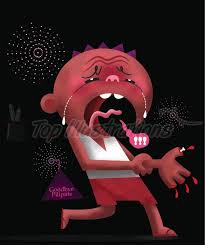 ‘Delhi air quality to be better this Diwali’, screamed out the title of an article dwelling on the effect of SC ban on fireworks in Delhi this year.  Another title read, ‘Graded Response Action Plan (GRAP) to help improve Delhi’s air quality in force from today’ and this day happens to be 17th of October, 2017 and Diwali is two days away.

While I have been constrained and concerned about the quality of air throughout of the year, like many of my friends, the steps going to be taken as per the GRAP surprised me, the most surprising one being multi fold (three fold) increase in parking rates. Other steps being stoppage of use of diesel sets, enhanced bus and metro (with enhanced rates) services and daily media alerts advising citizens about health issues of pollution.

It is pertinent to note here that while Judiciary has finally stepped into the domain of citizen’s health and issued strictures that treads over religious sentiments (banning of firecrackers on Diwali) the issue is far deeper than it looks on the surface.

Steps like tripling of parking rates seem like a big joke. Delhi has more than 1 crore vehicles running on its roads and the city does not even have sufficient parking lots to park such a large number of vehicles. Higher parking charges would just be fleecing the denizens without having a system of parking in the first place!   If the issue was making aware the need to park designate vehicles properly then a system of upright awareness was the first step to be taken before inflating parking fees!

Delhi has had a dramatically transformed into a city of chaos.  From being a city of shaded trees and manicured gardens, post 80s Delhi has changed it into a messy, polluted capital of a country coming in terms with urbanization.   While early independent years saw influx of white collared employees of government a.k.a babus and private companies located in Delhi, post 80s witnessed unchecked migration constituting a large chuck of unregulated population that settled down in shanties called Jhuggi Jhopri s(JJ) clusters without basic amenities like water, sanitation and electricity.

Successive governments interested in vote politics let the proliferation rise leading to choking of priced locations, stressed up public utility services including transportation, housing and health.  There was no specific plan for future and the city continued to add numbers to its fore and Delhi Master Plan swelled across borders and the city finds itself as National Capital Territory Region that is choked with traffic, pollution and urban mess.

I am reminded of a Delhi that used to sleep on terraces during summers, winters were bon-fires and Moongfalis (Heated groundnuts).  One could walk or cycle miles around under shaded trees or laze around in open boulevards. Air was pure and winter fog melted away in crisp warm sunshine.  Yet with time influx of migrants for work kept rising.  Roads that were deserted and looked wide in early 70s started getting dug up.  Each civic agency had an agenda that did not match up with others.  While MCD dug up roads for laying pavements, MTNL dug it up once the entire work was complete. Thereafter civic agency will plaster it again for completion.  Immediately afterwards the legislator will feel the need to widen the road and the entire stretch would be dug up again.

Contractors bank rolled projects, administration changed hands, bus owners changed certificates and Delhi would remain ‘under construction’ for years. Today we are stuck up at a point of no return. More than ten million private and personal vehicles clog its arteries. Metro Rail is available but it does not connect entire Delhi and perennially remains over-crowded and viable connectivity to localities are not available.

It has come upon the Apex Court to restrict movement of vehicles and ensure breathable air in the capital.  This Diwali there may be far less firecrackers burst but quality of air is going far from healthy.  Let us hope some more drastic steps like reduction of vehicles from Delhi roads, reduced emissions from polluting vehicles and an alternative lifestyle mode including a pollution free transportation system would be put in place in the city.  A city that used to be called ‘dil waalon ki dilli’ (city of hearty) and has now changed to a heartless dead zone of pollution, crime and chaos.
Can GRAP grapple with Pollution? Can Delhi breathe?

Email ThisBlogThis!Share to TwitterShare to FacebookShare to Pinterest
Labels: Delhi